Eric Savitz posted an interesting article (via Techmeme) reviewing a VC discussion earlier this month, on how the enterprise software business looks increasingly like big pharma. Their focus was the contemporary businesses, but one quote got me thinking:

… the salient attribute of big pharma … is the plausibility of a new entrant to raise capital and get to be a real business before they are acquired.

Things were much the same in the 90’s, when the “little guys” of Pharma were nimble biotech startups that were, unlike the small software firms of today, quite capable of taking a good long run as a standalone. The current clamor around strategic software acquisitions, market changing forces, and the importance of patent protections made me think of some additional parallels between the software industry of today and big pharma of days gone by.

Blast from the Past

I recall the late 90’s and early 2000’s, when BP was going through a significant consolidation phase. Glaxo Wellcome merged with SmithKline Beecham, Ciba-Giegy and Sandoz became Novartis, Pharmacia and Upjohn connected, and Pfizer picked up Warner Lambert. Later, the genetics components of agriculture brought firms like Monsanto (and their Searle pharma division) together with Pharmacia, and Novartis with AstraZeneca.

The big 10 became the big 5, with the emerging top two of Merck (organic growth) and Pfizer (picking up Pharmacia / Upjohn / Searle / Warner Lambert etc.). Kind of like SAP (organic) and Oracle (serial acquirer). Maybe GlaxoSmithKline and Johnson & Johnson could be IBM and Microsoft in this little analogy, with device makers like Abbott and Baxter (HP? Sun?) filling out the rest of the current “big pharma” names.

Merger Pressure in the 90’s

But why all the Big Pharma consolidation back then? In 2001, Snellgrove wrote about the significant drivers of pharma merger activity, that broke down into economic and technology areas that have interesting parallels to the enterprise software industry of today. An edited list
includes …

Market Differences in the 00’s

We can’t take the analogies too far; just enough for a little insight / counterpoint to these observations:

… it has become almost impossible to create sustainable companies that have to sell their wares into the CIO’s office … the sales forces at IBM, SAP and Oracle are very good at courting buyers at larger corporations. For younger companies, he says, it is simply hard to get the CIO’s calendar.

Market Differences in the 10’s

Some of the other quotes from the Savitz article give us a peek into the next generation of enterprise software users:

Schlein was making the point that enterprise software will increasingly look like what consumers do at home. He notes that the two enterprise applications he uses the most are e-mail and Google. ‘Look for examples of software that mimic what consumers do at home and do it within the enterprise,’ he says. ‘Corporate directories of the future will look like MySpace.’ College grads of the future, he says, are not going to want to use the dull enterprise applications now is use.

Most of what passes for innovation these days is focused on the user interface; here’s a dynamite looking new virtual desktop, but as Windley points out, it doesn’t look like they’ve worked out all the security / privacy stuff quite yet. You know, the kinds of things that corporate America holds in relatively high regard.

Still, the comment about MySpace echos points I made earlier about understanding the current student population and their use of social networking. And check out the Time Magazine article this week on 37signals; they are describing customers that are small and agile, services based, and just as unconventionally organized as they are. This is the Long Tail of enterprise software, which may end up taking a big chunk of revenue away from the so-called “enterprise” software industry. 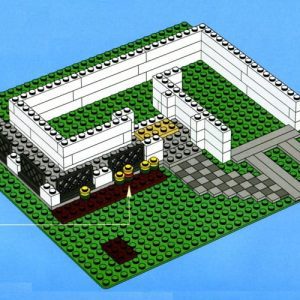 ERP Reference Calls, and my Top 3 Points to Ponder

I still get pulled into conversations about ERP; there are plenty of businesses out there, of varying sizes, that can…

Strict Rules of Golf – for IT

Years ago, an avid golfer told me about his long-time buddies who, after a few years of playing together, found…