Strategies for Malware in Consulting Engagements Last in a series on some practical legal mumbo jumbo (disclaimer: IANAL) for your Master Consulting Agreements (MCA). This one was particularly interesting to put in; it’s really interesting to see who catches it, but it was an amazing (in retrospect) observation that led us to include the language.

The Trigger Event: A virus outbreak. We had been hit before, and the executive group was not fond of losing their email for a day or two, so we implemented fairly tight lockdowns to get things under control – email scanning, virus signature updates pushed via SMS, aggressive patching for IE, and plenty of email warnings against opening mystery attachments. After many months with no outbreaks, we were surprised when we got hit fairly bad one summer. When we traced to the source of the outbreak, we found it was a consultant’s PC – woefully behind in OS and Virus patches and updates.

Our Director of Operations was rightfully peeved, as his group put in a lot of overtime to get things cleaned up. Especially aggravating / amazing was the fact that this consultant was working for a technology vendor, helping us on a major, high-profile technology implementation.

How can you trust a consultant’s tech skills when they can’t even perform the basics on their own PC?

Well, we lost the argument for a credit on their next invoice, but we did make a change to our standard MCA, adding the following sections:

[contractor] agrees that it has installed all appropriate Microsoft software updates (also known as Critical Updates and Service Packs) on all computers owned by [contractor] that will be attached to the [company]’s wide area network and that run any version of Microsoft Windows. [contractor] agrees that all computers brought onto [company] premises shall be checked for Critical Updates and Service Packs by a member of [company]’s IT staff designated by the [company], prior to connection of said computer to [company]’s wide area network.

Should a virus, worm, or security breach be deemed by [company] to be introduced to the system by [contractor], [contractor] will at its expense and [company]’s sole choice either repair the damage to any and all affected machine(s) or reload the machine(s) with the most recent valid full backup and update it with the incremental backups provided said backups are available, current and valid.

This is always good for a comment from the contractor / consultant, but these are (I feel) fairly common sense additions, and very simple to enforce. 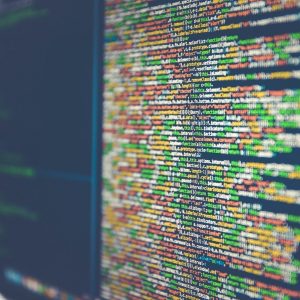 How IT can Participate in your Digital Transformation

Each functional area in your company needs to understand the skills and strengths that they bring to a Digital Transformation effort; why do they deserve a “seat at the table”? Next up is the IT team - with their hands-on applied technology skills and experience in collaboration environments, IT can and should play a critical role. (part of a series)
read more 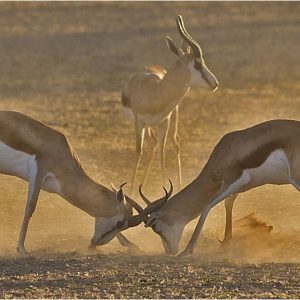 An Enlightened Approach for the Central vs. Decentral IT Debate

Making the organizational design decision for where digital resources are deployed? Do focus on where the impact is best aligned with your mission and objectives; don’t fixate on controlling resources.
read more

There is a flaw in my simplistic story of the Three IT Archetypes - if/when someone points it out, I…