Here’s a typical IT scenario: each quarter, you need to check audit user access to a critical application. Your internal security standards require that you revoke access for those who haven’t been on the system for over 90 days. I’ve seen this before, and the process (at the time) had many challenges:

Coupled with the fact that this only happened once per quarter, and involved less than five total effort hours to take care of, the easy response was to just get the task done and move on. But I think this is penny wise and pound foolish; there are long-term quality Problems to be avoided, and short-term Opportunities for internal staff development that we were passing up!

Problem: If we continued to just do the minimum, to satisfy the requirement, it was no surprise that over time, steps were omitted. The lack of documentation forced folks to repeat steps from memory, and pass along the process word-of-mouth as roles rotated and/or people turned over.

Opportunity: Simplifying things required some automation; nothing too difficult, but definitely interesting and non-trivial; for example, we needed a custom table for the exceptions. For staff members looking to build technical skills, this was a perfect training opportunity; small risk, small time requirement – a perfect filler when you are burnt out on the big project and need a bit of an escape.

Of course, the push-back was always the same: I Have No Time For This. Most can easily envision a total solution that is simple, uses familiar technology, gets rid of the multiple platforms and manual processes, and is sustainable. In this case, however, it would take about 16-32 effort hours to get done, and who has the time?

The solution was to attack the problem in baby steps; make the overall process a little better each time. For issues like this, you don’t need to solve all of your problems now, and it’s OK to leave the work unfinished until next time. However, the key is that you must commit to making a small improvement each time you “touch” the thing.

For example – back to the user access audit. For a first pass …

A few months go by, and it’s time for pass two …

This work was another one-time add of two or three hours; but we’d already simplified the overall process, and we saw the total effort (including process improvements) starting to decline.

Note that each time you iterate on something like this, you need to feel comfortable with the idea that these works in process, these “interim deliverables”, are clearly unfinished, even raggedy. It shouldn’t matter, because each time you touch it, it gets a little bit better. Plus, the priority was originally low enough that a totally manual effort was OK, so what’s wrong with documentation that is incomplete?

Incremental improvements on the primary goal (automated user audits) with tasty side benefits along the way (mini side projects to keep stretching your tech chops) … win-win. 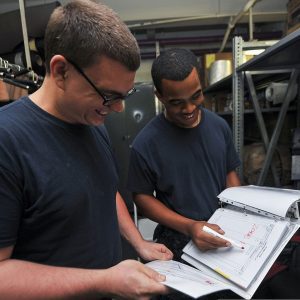 A Simple Pattern to Drive Quality for Projects and Processes

It's not enough to capture Lessons Learned at the end of your projects; build in a process step to review Learnings from the past, to start new projects off right.
read more

Beware the Lure of Process Automation

When I see folks working hard at a repetitive task, using technology tools like spreadsheets, databases, and other "productivity" tools…

Four tools to bridge from Raw Productivity to Sustainable Results

I've noticed a definite trend in the "best practices" wing of the Productivity building; it goes by many names and…