Introducing buzzword-compliant technology like a wiki, or integrated collaboration spaces like SharePoint, will typically go well with a motivated audience like your internal IT department. But if you really want to understand how this stuff works, try it with “real people” – line employees in sales and marketing, operations, and finance.

Sure, you’ve heard complaints from these folks (they have better PCs at home, the SAP/Oracle UI is brutal compared to Amazon and AT&T U-Verse, and why can’t they just connect their new iPhone to the corporate mail server?). Be warned; demanding users are not necessarily technically savvy when it comes to groupware.

Case in point; we are working a rather large project (many months in length, over 200 people throughout the business) using SharePoint as our collaboration space – and learning an awful lot about what we thought we understood about ease-of-use and intuitive user interfaces. Our collaboration space is a basic SharePoint project site, featuring the usual suspects – a Shared Document library, an Issues list, and an Announcements section. Simple right? Well, maybe not …

Documents Check In, but they Don’t Check Out

But let’s start with the document library itself – it looks like a really nice version of File Explorer, but becomes very frustrating to folks when they try basic tasks like drag-and-drop. Yes, we found the simple solution – there is an option to open the folder in Windows Explorer, but since this menu option is buried right above the file list, it’s hard to find – certainly not “intuitively obvious”.

Version control was a difficult thing to explain – thank goodness for the tight integration with Office 2007. We found it easier to show folks how to edit documents with a simple double-click – that works just like their shared folders on the old file server! You can explain the concepts of version control quite easily, but the whole check-in / check-out, keep-a-copy-on-your-local-drive thing just gets too complicated. We did have to deal with the one-time task of checking in a new document after you upload it, but after that, they just open the files directly, and that’s it.

There is one feature of Shared Document libraries that I really like – the ability to add custom attributes to documents that can appear as columns in the view. Makes it easier to sort / select / search on documents, and people “get it” relatively quickly. Just go easy on the version control.

I think the most powerful and elegant feature of SharePoint is the flexibility you have with basic list management – even with WSS. Truly, this stuff should cover over half of the “fancy” automation tasks that folks are are asking for. However, I’m still surprised / dismayed by the fact that SharePoint doesn’t include a standard graphical indicator – you know, the classic “stoplight” (green is good, yellow warning, red means um, er…). I’ve written about this one before – why can’t I have a simple datatype (vs. putting together a sneaky little script to make it work).

I also have a significant warning / insight about trying to do too much with your Lists. Do you realize that most end-users in a typical SMB have older CRTs? I’ll bet you still have a large number of 15″ CRTs with slightly foggy tubes, on their last legs (but too expensive to change out for all but the executive staff) (ok, and IT too, sorry). In addition – well, let’s just say that I’m not the only one whose eyesight is beginning to fail them; I can’t tell you how often I’ve tried to talk folks into moving their screen resolution higher than 800×600 – but it just doesn’t work.

What’s my point? Before you put too many columns in your Lists, or too many gadgets on your Site, check with the average user to make sure that it looks okay on their Screen. Heck, before you even begin your design, use SMS or a simple script to poll the user community and find out what kind of screen resolutions have been set. Catering to the lowest common denominator is not a cop-out, especially when the point of a collaboration site is to get people to actually participate!

(Another opinion:) I think most powerful aspect of collaboration sites is the aggregation of all knowledge about a project into a single, searchable repository. When people send project updates or resolve issues / hold discussions over e-mail, all that knowledge is buried and quickly lost inside people’s inboxes. In SharePoint, a typical Announcements web part (yes, I know it’s just another kind of List) is quite practical as a messaging medium, because folks can sign up for e-mail alerts.

Don’t underestimate the attraction of the e-mail. People are used to getting information delivered to them in their inboxes – it’s expected! All I’m saying with my Announcements list is that you have to subscribe to the information and pull it towards yourself (versus expecting me, the project manager, to remember to push it to you – and everybody else that might be interested).

On The Good Side

Don’t get me wrong, there is lots of good that’s going on. Now that the larger project is getting used to this new collaboration space …

Yes – these collaboration tools will definitely will bring huge value and streamline communications to your project. Just don’t think it’s easy or obvious.

Collaboration is a participation sport. To make it all work, everyone needs to change their behavior. And if you want your new technology tools to drive the process forward, you need to practice using them – every chance you get.
read more 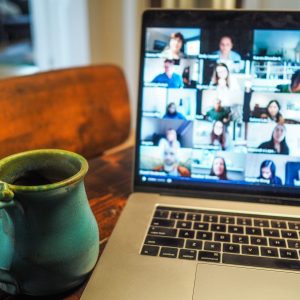 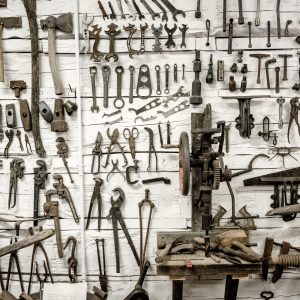 Practical thoughts and examples - how to manufacture time and attention, to get hands-on, relevant skills in new technologies
read more