An Author’s Journey – First, You Write a Book …

Summary: First in a series of articles on the creation of Don’t Think So Much. Start at the beginning ... you have to write the book ...

It was mid-summer, and I was taking stock of some side projects that I had started – and stopped – over the years. One in particular was tempting me; expand on my many years of writing by publishing a book. This objective had a strong appeal – the idea of being published was interesting, and the hands-on technologist in me was very interested in the “physical” part of the process, designing and constructing an actual book. Plus, the challenge of starting an LLC and treating it like a real business – corporate structure, legal issues, tracking costs, developing a marketing approach – oh, so many neat little intellectual challenges to lose myself in.

Truth be told, I had been thinking about a book project for some time, and I was keen to do it. I finally grew impatient with myself, and made the decision to get the darn thing written. I had some content from previous writing projects, and I had been doing a lot of public speaking on the topic of Digital Transformation, so I spent a few working sessions talking through the content and constructing, in my mind, a reasonable structure.

I have completed sizable writing efforts in the past, and so I launched the process using my preferred method. I first create a Table of Contents; this allows me to lay out the “story” so I can see the flow and follow the arc from beginning to end. I also use it as a quick sanity check, creating something concrete to show people who represent the target market for my finished work. Does this look like a book you would be interested in reading? It’s a variation on the idea of a Minimum Viable Product, and the method worked; I got plenty of positive reactions, encouragement that I was on the right track.

One of those conversations was with someone who had recently self-published – finally, someone that I could ask some deeper questions. The biggest thing on my mind was how long the book had to be; how many words are in the typical business book? I couldn’t find any helpful metrics or examples, but my author friend gave me his thinking on the matter. His suggested target was 30,000 words; I thought I should increase that number a bit, as I aspired to create something substantial. Plus, I assumed that chunks of my work would fall out through the edit process. So I finally determined a target number of 40,000 words for a rough manuscript.

Whew! That sounded like a lot – and a few word counts of my existing writing validated that idea. At least I had a concrete target – and a strong desire to get the book out by the following spring. Daunting hill to climb, and a firm deadline established; what next?

To get things moving, I decided to put myself on a schedule. I have successfully started habits by setting up simple tracking tools, and this was no exception. I started in mid-August, and a little simple math said that if I completed 300 words per day, I would be ready for the editor by Christmas. Simple enough!

The reality was a bit different; it is difficult to write every single day. A better approach involves a solid 30-45 minutes of work every few days, churning out a decent amount of activity at each sitting. I averaged about 1200 words per work session, and my daily progress tracking made sure that I never got too far behind my target. I also kept track of my estimated finish date – taking advantage of my metric-driven mentality (and a little psychology) to make sure I hit my target. I made my goal with time to spare – I ended the year with 43,000 words, plenty of room (I hoped) to survive the editor’s wrath.

I do enjoy writing, but this was something more – the longest single document I have ever created, and a daunting task for anyone. But I took advantage of my affinity for measuring things, chopping the work into daily bite-sized pieces – and kept track of things regularly to make sure I did not fall too far behind.

The Table of Contents approach has other benefits. As you might imagine, some sections were easier to write than others. With the complete Table of Contents laid out, I could pick and choose the sections I would write at any one session; if I was not in a particularly creative mood (but not wanting to fall behind), I would work on the easier sections. When I had the energy, I would tackle the tougher ones. Of course, there came a few crunch times when I had to force myself to tough out the more complex sections. But in general, this method helped me keep up the pace over a sustained period.

When the new year began, I was quite satisfied with the result – and, I started to allow myself to think about all the “fun stuff” again, like page design and publishing details. Little did I know I was coming up to the Great Reckoning …

This is one of a series of articles on the creation of Don’t Think So Much; check out the finished book on Amazon.

This article is part of the Author's Journey series

An Author’s Journey – The Decision to Self-Publish

Third in a series of articles on the creation of Don’t Think So Much. Self-publishing is an innovative option - some thoughts on going it alone (versus finding a publisher).
read more 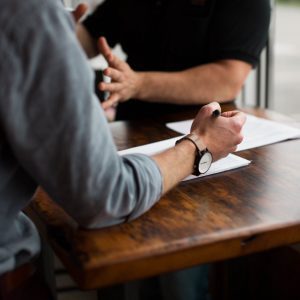 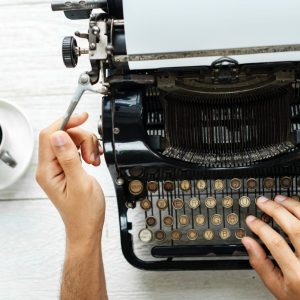 Don’t Think So Much … an Author’s Journey

There's a lot more to being an author than you might think; the start of a series on a self-publishers' first big project.
read more